Posted in Hunter By Irma VasquezPosted on August 4, 2021

CBS News recently revealed through a report that a suspect of poaching in a South African national park was trampled by a herd of elephants. The authorities South African announced the death of the hunter on Sunday, 18.4. The suspect, according to the CBS News report, was accompanied by two accomplices. 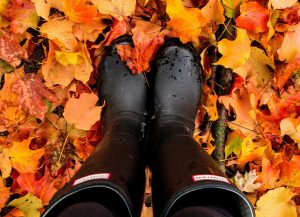 According to the South African authorities, the hunter was trampled by elephants after trying to escape from the forest guards, who caught the practice of illegal activity. The elephants were frightened by the presence of the hunter because they were mating.

The three individuals were this weekend, 16/04 – 18/04, in the Kruger National Park (KNP), hunting rhinos . When they realized they had been spotted by the rangers, the suspects began an escape, leaving behind an ax and a bag full of provisions.

One of the suspects, who was arrested with the help of Airwing and K-9 unit members, told officers that the group, after encountering a herd of elephants in the middle of the flight, had dispersed and therefore did not know the whereabouts of its companions. .

After scanning the site, the rangers found the body of one of the hunters. The state in which the body was found suggests that the suspect was trampled by the herd, which was in breeding season. The third suspect has not been found, but searches continue.

“We are proud of the teamwork and action of our partners, Airwing and K-9 unit members. It’s a shame that one of the suspects lost his life,” said Gareth Coleman, chief executive of the KNP, in a statement. “Only with discipline, teamwork and tenacity will we be able to help stem the tide of rhino poaching in the KNP.” 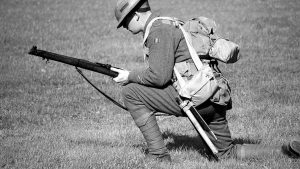 “Engaging forces against poaching is the responsibility of all of us,” said Coleman. “The practice threatens many livelihoods, destroys families and consumes resources, which instead of being made possible to fight crime, could be allocated to other means, for example, ‘to create jobs and development”.

The Constitution allows hunting to be practiced only with permission. However, the activity cannot be practiced in national parks, national botanical gardens and marine environments. In the meantime, hunters who simply follow the old hunting season maxim may inadvertently find themselves on the wrong side of the law, facing hefty fines or even imprisonment.

“If people carry ammunition for a firearm that they do not have a license, they violate Article 90 of the Firearms Control Law, Law 60 and 2000. The maximum penalty is 15 years imprisonment or a fine of R$150,000.” explains lawyer Rudolf van der Westhuysen.

Hunter Is Trampled By Elephants In South Africa